Originally created for people that can’t consume regular sugars, alternative sweeteners have become extremely popular in Shelby, OH in all kinds of different products. From chewing gum to diet soda, Dr. Miller wants you to know which of these options are best for your dental and general health, so here are the facts about a few of the most common sweeteners. If you have any questions, please feel free to call Discovery Dental.

The benefits of natural and artificial sugar-free sweeteners were first recognized as a safe option for diabetics, but have since exploded in popularity because food, beverage, candy, and snack companies have discovered that it is easier to sell fewer calories. In addition, Shelby, OH residents with a sweet tooth know that artificial sweeteners are notorious for their ability to ruin your portion control. All of the following substances are considered sugar-free and inhibit tooth decay because bacteria cannot ferment them into enamel-destroying acids. Despite ongoing controversy about health concerns of sugar substitutes, the FDA considers all of the following substances to be safe for regular consumption.

1.      Aspartame is a non-caloric (calorie free) artificial sweetener roughly 200 times sweeter than table sugar and is common in sodas, candy, and gum. It is the main ingredient in NutraSweet, Equal, and Sugar Twin brand sweetener packets. Although the FDA considers it to be safe, health advocates claim that it causes headaches and general malaise. University of Liverpool researchers have also found that when combined with a common food coloring agent, aspartame can become toxic to brain cells. It is also linked to weight gain and appetite control problems.

2.      Saccharin is the sugar-free stuff in the tiny pink Sweet’n’Low packets Shelby, OH residents have been seeing for years. This substance is the oldest artificial sweetener and is 200-700 times sweeter than sugar. It is non-caloric and can be found in a ton of different products. Although saccharin doesn’t have quite as bad a reputation as aspartame, the American Cancer Society found in one study that saccharin is linked to weight gain.

3.      Sucralose (Splenda) is an artificial, non-caloric sweetener derived from sucrose (table sugar) in a patented process that replaces several hydroxyl molecules with chlorine atoms. Health concerns with sucralose are mainly related to the body’s inability to detoxify certain substances, specifically organochlorine compounds like sucralose. Health advocates claim that not enough long-term studies have been performed to determine its safety, but the FDA has approved it. Environmentalists worry that sucralose may subtly affect the ecosystem, because it is commonly found downstream of waste treatment plants.

4.      Stevia (Truvia) is classified as a novel sweetener and is derived from the leaves of the stevia plant. Although it is new to western society, it has been used for hundreds of years by The Guarani Indians of Paraguay. It is non-caloric and poses no known health risks, although it is still undergoing testing by various international food safety agencies, the FDA has awarded it GRAS (generally regarded as safe) status. The largest complaint against stevia is its distinctive aftertaste. Stevia is up to 300 times sweeter than standard sugar, and as with all calorie-free sugar substitutes, it may cause weight gain because it does not provide the ‘full’ feeling we are used to from sugar.

5.      Xylitol is a naturally occurring sugar alcohol, or polyol, that is derived from vegetable fibers such as corn husks or tree bark. Sugar alcohols are common components in candy, gum, and chocolate and do not actually contain any alcohol. Xylitol is the only sweetener that has been proven to provide active resistance to dental caries. Consuming between 3 and 10g of xylitol (in chewing gum, lozenges, etc.) per day is an effective method of fighting tooth decay. However, Dr. Miller wants every Shelby, OH resident to know that most gums at your local supermarket checkout counter do not contain enough xylitol to have any effect. They are available in pharmacies, specialty stores, and online. Look for gums that list xylitol as the first or second ingredient. Also, be aware that xylitol gums, while very healthy for your teeth, can be deadly to dogs.

If you would like to discuss the healthiest way to sweeten your coffee or want to visit Discovery Dental for a consultation, please give us a call! 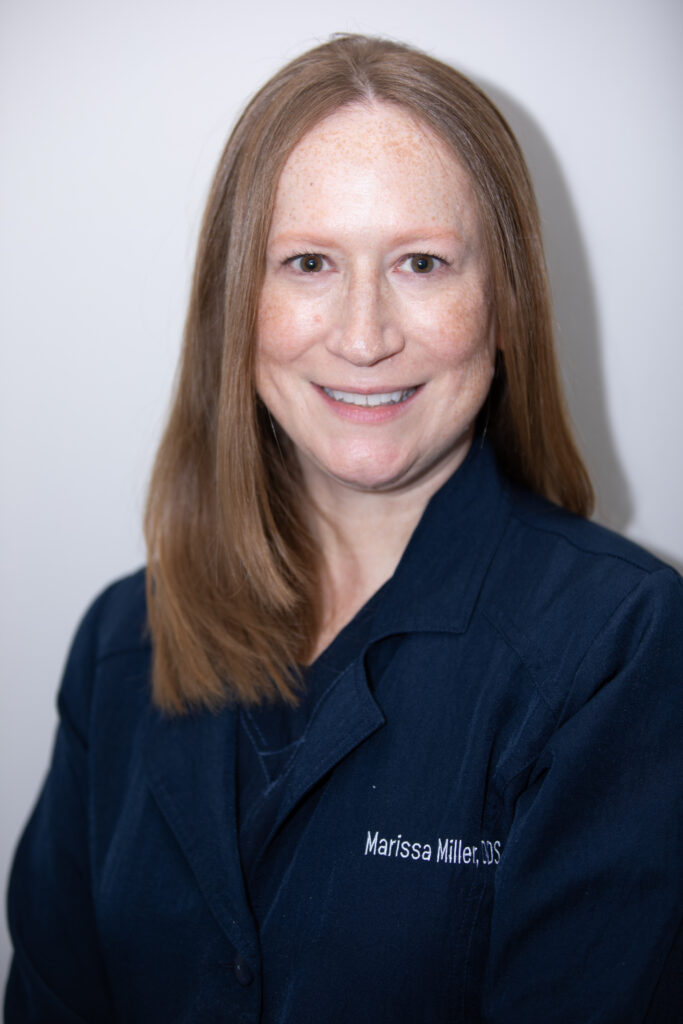 Marissa Miller, DDS grew up in central Maryland, the daughter of Kay and Bruce, who are both native Ohioans.

Katie Rufener
We have had nothing but good experiences at Discovery Dental. My 5 year old had to have a tooth pulled. They made it a fun experience for her and made her feel relaxed about it all. She wasn't scared at all and she's actually excited to go back in the future!

Dan Hubert
I can 100% recommend Discovery Dental Shelby. I have been going there for about two years. My assigned Dental Hygienist is exceptional, she is gentle as is feasible, very informative about what she is doing and very thorough. She takes time to explain how I may better care for my teeth and gums. I appreciate her sincerity. I recently had a tooth extraction there. I was a little nervous, however Dr Miller and her Dental Assistant were so calming, efficient and informative during every step of the procedure that I quickly felt at ease. The extraction was very quick and painless. I am very glad I found Discovery Dental.

Doug Hassenzahl
Great service, courteous, and attentive to the details. A professional staff. Great visit to your office.
Google rating score: 4.9 of 5, based on 579 reviews.